Home/Social Media/5 Tweet Ideas for Your Practice
Previous Next

For businesses that are expanding their presence to the social media world, Twitter can be an unusual platform to tackle. According to the service itself, there are currently 230 million active users on Twitter. Twitter users post an average of 500 million tweets a day! As a business owner this can raise questions of â€œhow can I compete?â€ and sometimes more importantly, â€œhow can I connect to these users?â€

Twitter is an ever burning and churning social media machine. It is an online community where users can follow and connect with businesses and other users. Every message or Tweet is constrained to a 140 character limit and is seen by everyone following your account; this can be seen as a brief text message to your audience.

With such a small character limit, it can be difficult to express everything you want to say. There are several things you can do to maximize your Tweet. For instance, when sharing links to other websites, shorten the URL through tools such as Bitly or ShortURL.

1. Take Photos â€“ Provide your audience with images of your daily work, birthdays, or celebrations. This can go a long way to humanize your business and provide your viewer with a face to the branding.

2. Promote Specials â€“ According to Twitter analytics, the most retweeted Tweet of 2011 was by the fast food chain Wendyâ€™s where they pledged to donate 50 cents to a charity for every retweet. They raised a total of $50,000 for foster children. Promote exclusive discounts and offers by encouraging your audience to retweet or act on your posts.

4. Awards â€“ If your business has won awards, received new accreditation, or even garnered local press, take pride and share this. 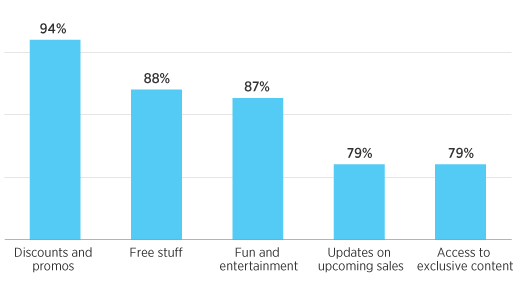 As previously mentioned, Twitter is social media for a reason. Be social and interactive with your communication. The previously mentioned tweet ideas are available to help instigate thought but there is no single formula to correctly connect with your audience. Have fun with your posts and be creative. Itâ€™s ultimately an online conversation where you can indirectly engage with a widespread audience and build an authentic relationship.